A brand new digital archive and book collection have been unveiled in a transformed library at Seamus Heaney HomePlace.

Seamus Heaney HomePlace re-opened its doors to visitors on Wednesday 26 May and at the same time revealed the results of substantial refurbishment work which has taken place during lockdown to completely renovate the existing library.

Previously displaying a collection of books which were loaned and donated to HomePlace by the Heaney family, the library now also houses a handpicked selection of more than 800 titles, ranging from books by friends and contemporaries of Seamus Heaney to those authors the poet himself enjoyed reading, including Spike Milligan and Bob Dylan.

As well as providing comfortable seating and individual writing desks for browsing, reading and study, the library now boasts a brand new Seamus Heaney digital archive, bringing together for the first time radio and television broadcasts presented by, or featuring, the poet.

Uniquely, the archive also features an audio recording of an interview with Seamus Heaney that a former student has kept for more than 40 years.

Maria Halpin, a student at Carysfort College in Dublin where Seamus Heaney was a lecturer in English in the late seventies, was the founder and editor of the college magazine ‘Hercules’ and interviewed the poet for an article, carefully preserving the original interview on a cassette tape since 1978.

Visitors can also access a selection of the online performances which HomePlace staged during the pandemic, including the ‘Keeping Going’ series and the special event to mark the 25th anniversary of the Nobel Prize in Literature last December ‘A Nobel Celebration- ‘more spacewalk than stepping stone’.

“The change in the library is dramatic, with floor to ceiling shelving, ambient lighting, study space, comfortable seating and touchscreens.

“What is most striking is the move from a passive space into an active one, where visitors can browse through the book collection, take their time to sit down and read or write at one of the individual desks or, for the first time, access an impressive digital archive of visual and audio recordings.

“We have put the lockdown period to good use and to be re-opening HomePlace with this new space only serves to add value to the overall visitor experience at HomePlace.

“Sincere thanks go to our funders, including the Executive Office, The Ireland Funds and in particular, Mrs Dolores McCall whose generous donation of over £38,000 part-funded the project”

The refurbishment was undertaken by McLaughlin and Harvey Ltd. 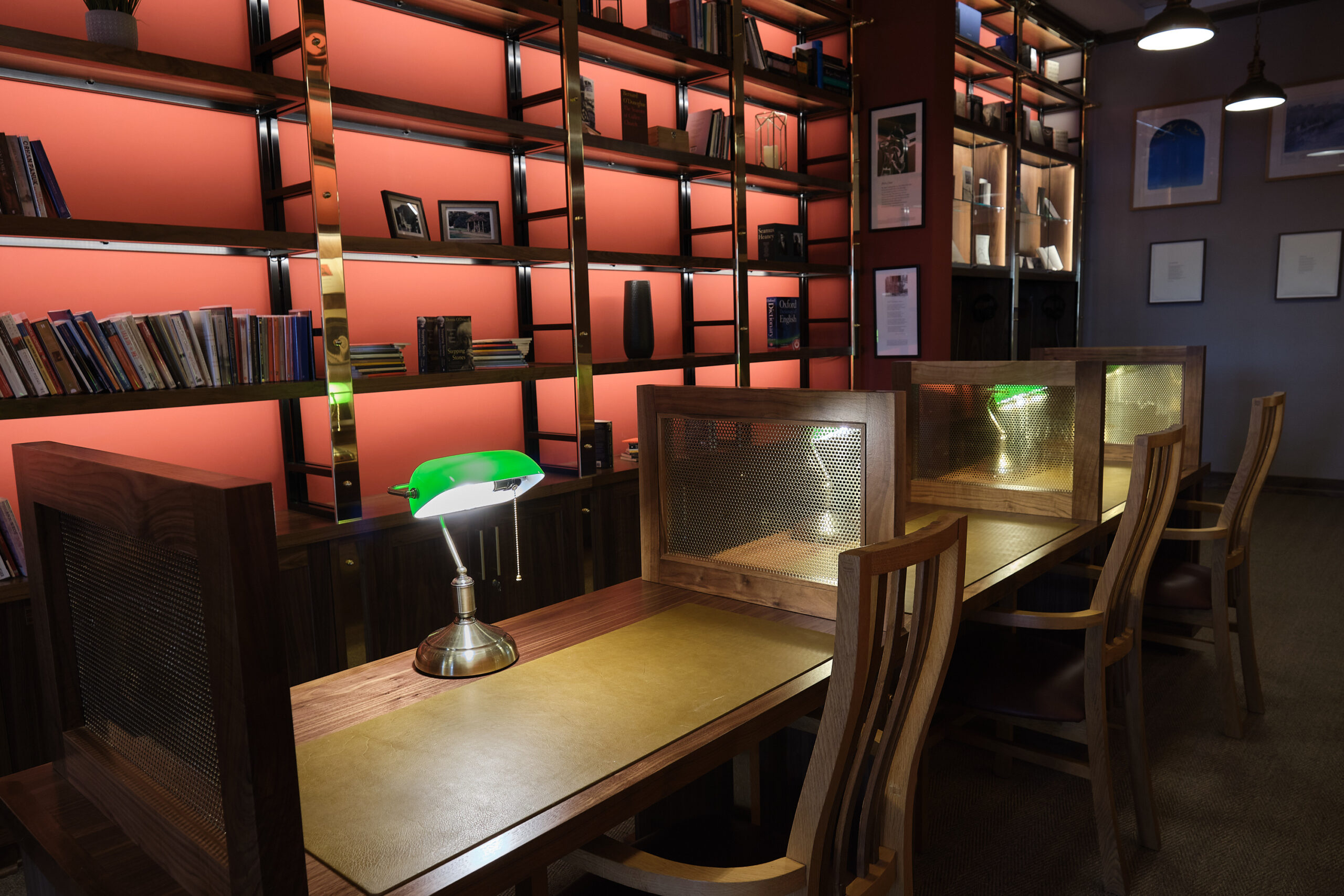 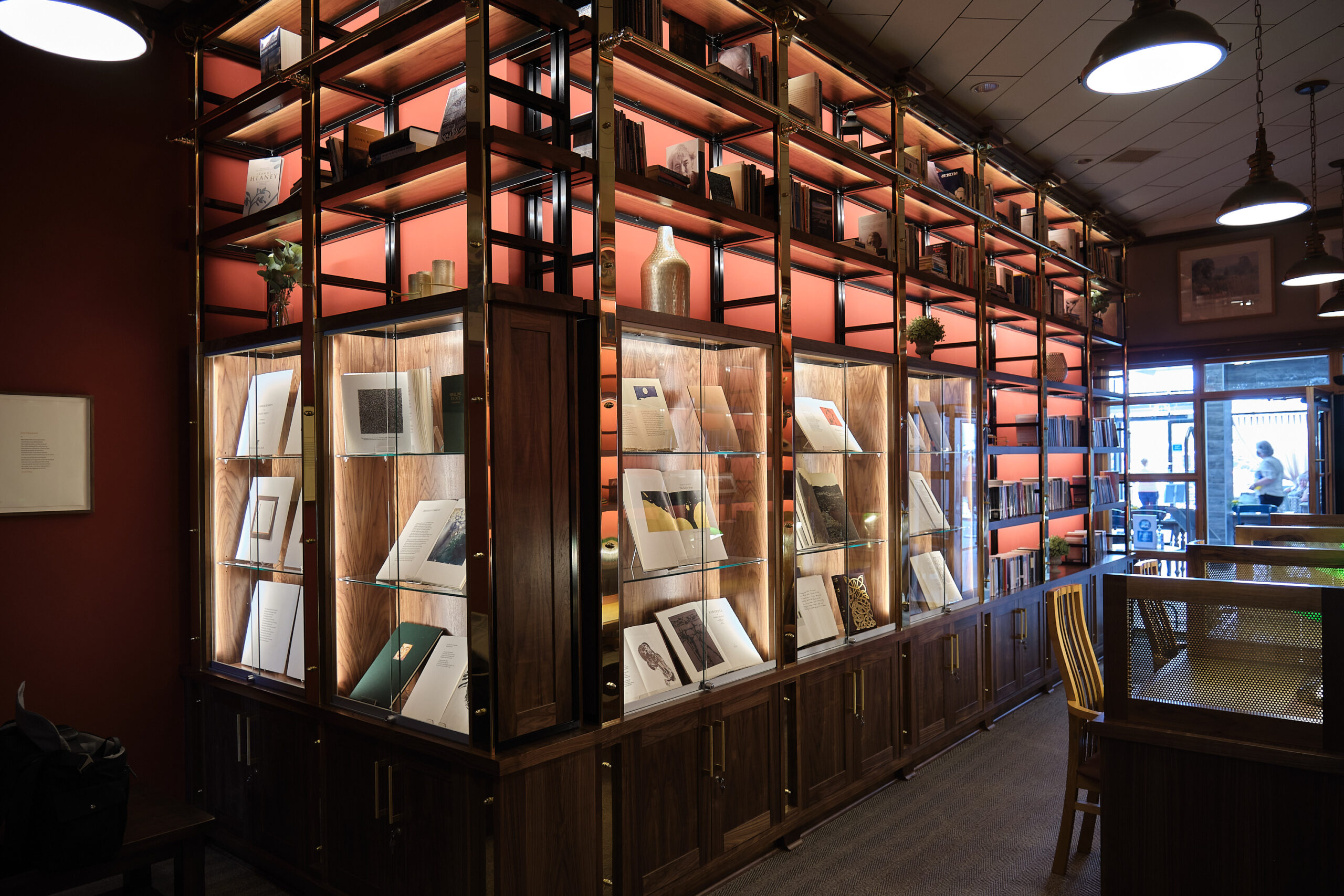 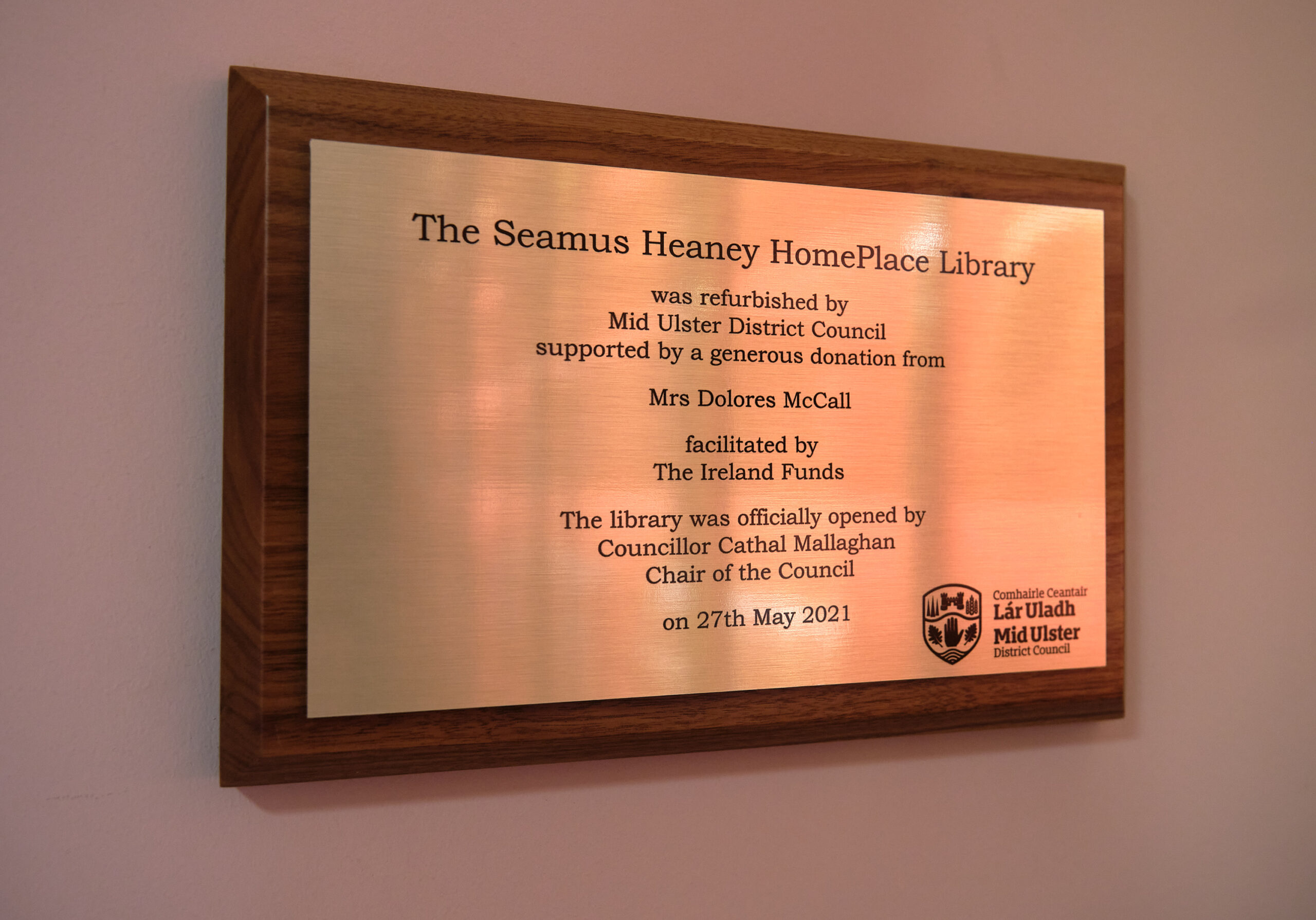 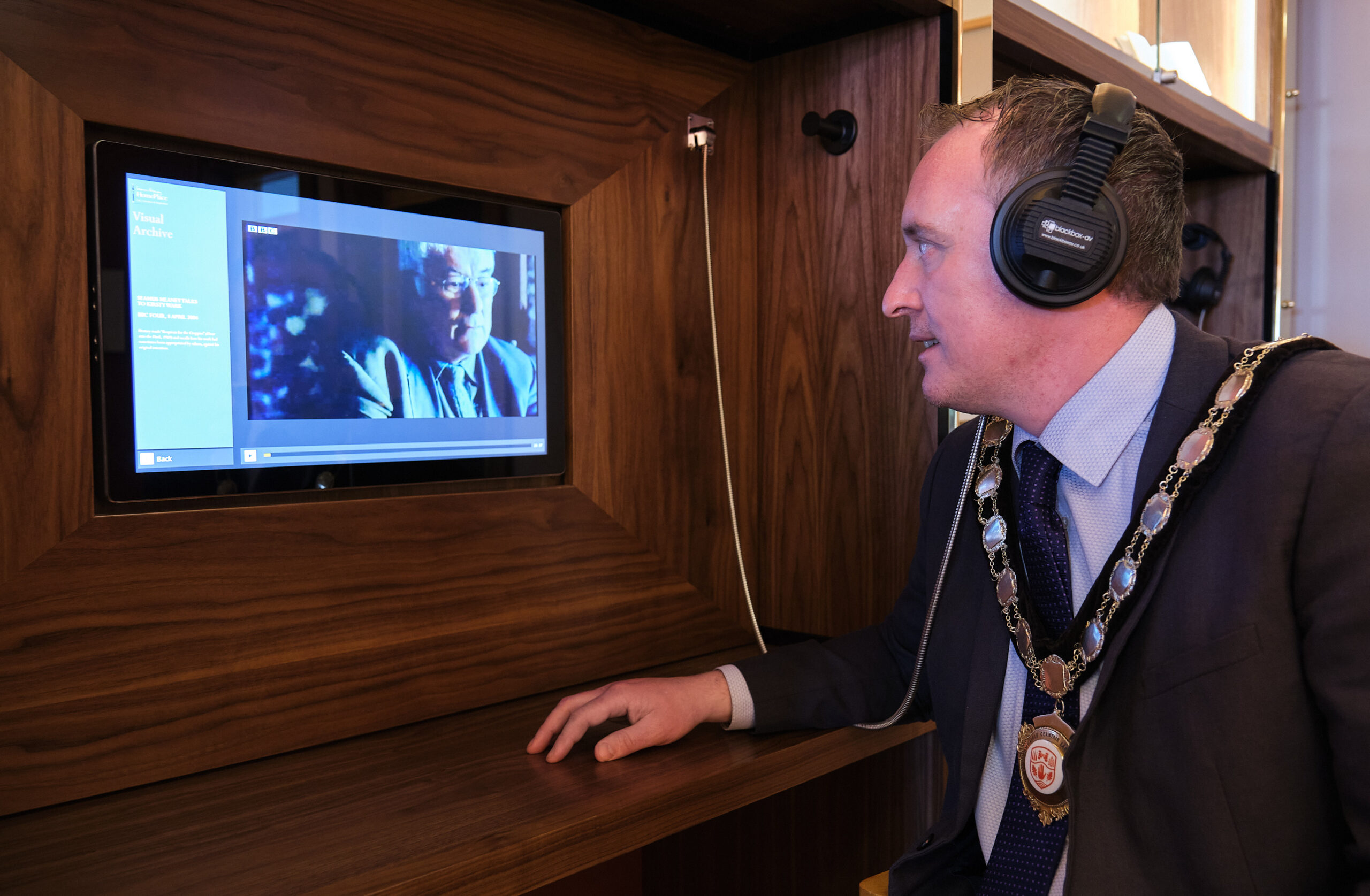